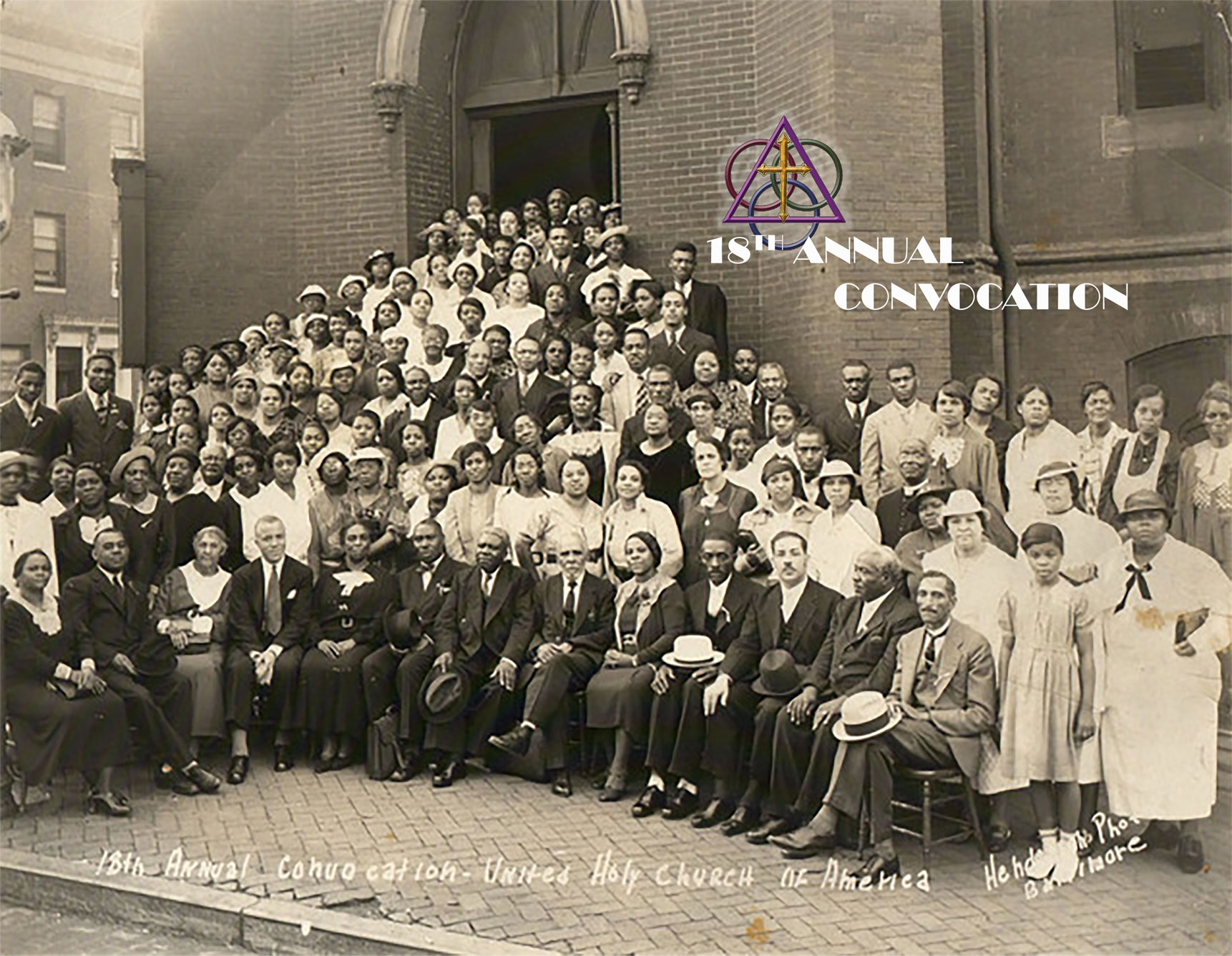 A CHURCH ON ASSIGNMENT, COMMISSIONED BY GOD TO BUILD HIS KINGDOM IN THE EARTH, BRINGING TOGETHER PEOPLE THROUGHOUT THE WORLD TO RECONCILIATION WITH THEIR CREATOR

The United Holy Church is an outgrowth of the great revival that began with the early outpouring of the Holy Ghost on the Day of Pentecost, when the 120 were filled with the Holy Ghost.  The church is built upon the foundation of the Apostles and Prophets, Jesus Christ, Himself, being the chief cornerstone (Ephesians 2:20).

At irregular intervals during the intervening centuries, great revivals have occurred in various sections of the world.  The revivals were the results of the divine energy as was experienced on the Day of Pentecost.

It was during this time of revival of repentance, regeneration, and holiness of heart and life, that swept through the South and West, that The United Holy Church was born.  There was no desire on the part of the founding fathers to establish another denomination, but they were pushed out of organized churches because of their experience of holiness and their testimony of the Spirit-filled life.

It became necessary for these persons who held testimony of being saved, sanctified, and filled with the Holy Ghost to establish contact with each other for mutual edification and comfort.  As a result, many independent churches were established and associations formed where people would feel free to seek God, not only to be genuinely saved, but also to be definitely sanctified.

On the first Sunday in May1886, at the village town of Method, N.C., a suburb of the capital city, Raleigh, North Carolina, a company of men met in the persons of Brothers L.M. Mason, G.A. Mials, Issac Cheshier and H.C. Snipes, all of Raleigh, North Carolina.  This meeting, conducted by the Rev. Cheshier, was the first of its kind in the State and of the Southern United States. This meeting gave birth to what is known as The United Holy Church of America.

The Southern District (Parent body) of The United Holy Church of America came into being in the year of 1894 in the city of Durham, North Carolina, which later became the official headquarters of the church.  This, the largest of all districts, was organized by Elders C.C. Craig, L.M. Mason, George W. Roberts, H.C. Snipes, H.C.Pettiford, Mother E.E. Craig and Mrs. L.J. Roberts.  Elder L.M. Mason was chosen as its first president.  The work of the church has steadily grown since that time into a great organization.

In June 1920, in the city of Philadelphia, Pennsylvania, Bishop H.L. Fisher and Bishop G.J. Branch with other general officers, met at a call-meeting of the independent groups of Holy Churches in this city and nearby towns; and, after meditation and prayer proceeded to organize the churches into a district known as the Northern District Convocation of the United Holy Church of America, Inc.  Bishop G.J. Branch of Goldsboro, North Carolina, was chosen as the president of the district embracing the following states:  New York, New Jersey, Pennsylvania, Delaware, Maryland, and the District of Columbia.

The New England District, embracing the states of the New England area, was organized in August 1925.  Bishop J.W. Houston was the first president of this District.

The West Virginia District was organized in 1935 by Bishop J.D. Diggs, when the District was separated from the North Western District the previous year.

The South Eastern District, originally known as the Florida-Georgia District, was organized in 1948 by Bishop General Johnson Branch.

In the early history of the Barbados District, Evangelist Rosa B. Hawkins of Francisco, California, organized five churches on the island; however, these churches later joined another Pentecostal body.  The present United Holy Churches in Barbados were organized by the late Harry Townsend Gentles, who founded the headquarters church-Mt Olive United Holy Church in 1949.  Bishop Gentles brought together some independent churches and organized new ones, and these have grown into the present Barbados District.